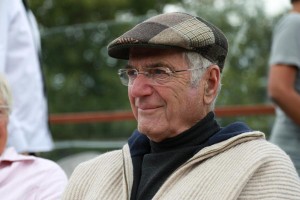 Ross Jackson has for many years been an innovative leader in both the business and NGO worlds. His undergraduate degree was in Engineering Physics at Queen’s University in Canada, followed by a Master’s degree in Industrial Management at Purdue University and a PhD in Operations Research, the science of problem solving, at Case Western Reserve University in the USA. Born a Canadian, he has since 1964 lived in Denmark, and became a Danish citizen in 1972.

Ross’ business career has been as an independent IT consultant and software designer, consulting in many business sectors, later specializing in international finance. Among other things, in 1971 he co-founded Simcorp, which is today a leading global financial software company and listed on the NASDAQ OMX Nordic Exchange. In 1988, he founded the first international hedge fund dealing exclusively with interbank currency trading. He is chairman of Gaia Trust, a Danish-based charitable entity he co-founded in 1987 to promote a more sustainable and spiritual world. In the period 1995-2015 he was the major shareholder in Urtekram, Scandinavia’s largest organic foods wholesaler, which he sold off after a successful turnaround in 2015.

His current business interests include Mobility and Energy Group, specializing in leading-edge battery technologies, and Baerebo, professional developers of large scale ecovillages. He lives on an organic farm near Copenhagen.

Ross, together with his Danish wife Hildur, was the founder/chairman of Gaia Trust, a Danish charitable association whose main projects to date have been  supporting the fast-growing ecovillage movement, and in particular GEN, the Global Ecovillage Network, as well as supporting education for a sustainable future, and in particular, Gaia Education.

Gaia Trust is self-financing, based originally on income earned from daughter company Gaiacorp that specialized in currency fund management. Gaiacorp was founded by Ross for the specific purpose of financing Gaia Trust in 1988. The methodology was based on Ross’s research into currency markets in the early 1980’s. This business was sold off in 2000.

GEN is a global network of ecovillages, both traditional and intentional, with regional networks in Europe, Africa, Asia, South America and North America, founded in 1995. There are several thousand members across the world.

How important is this embryonic ecovillage movement? Sociologist Ted Trainer of the University of New South Wales puts the question into historical perspective as follows:

“Would it be an exaggeration to claim that the emergence of the ecovillage movement is the most significant event of the 20th century? I don’t think so.”

Gaia Education’s curriculum was developed by ecovillage experts from around the world and has been taught face-to-face in over 40 countries since its founding in 2005. In addition, online courses are offered with the same curriculum in English, Spanish and Portuguese. More recently Gaia Education has carried out “Project Learning” with traditional villages in the developing countries, including India, Bangladesh and Senegal as well as teaching African refugees in Sicily.