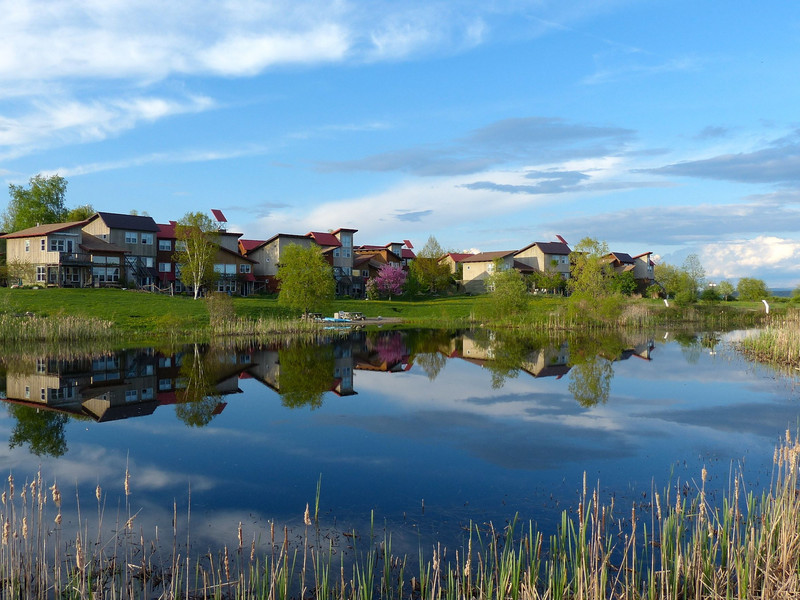 Suppose we were to ask ourselves the question: what would an ideal world order look like if it were based on ecological sustainability and human rights as the overarching principles, while allowing a maximum of democracy and freedom to all world citizens? I am sure we would get many different answers.

My approach is to focus on the international framework that is necessary to regulate intergovernmental relations in a way that is consistent with the given objectives. The framework includes a shift from neoliberal to ecological economics embedded in a set of new international institutions—to replace the WTO/IMF/World Bank—with rules and guidelines that will allow optimal solutions to gradually unfold in a cooperative effort by governments, the business community and civil society.

This ideal society would put a high priority on living in decentralized, diverse, human scale communities with a high degree of local democracy. Such a society would insist on the rights of the developing countries, who are considered part of the “global family”, to real development, including control over their economies and cultures.  Protecting the environment is not sufficient without specifying the means to do so. Therefore respect for Nature, as reflected in the Universal Declaration of the Rights of Mother Earth, and respect for the human rights of all world citizens—for example, as defined in the UN Universal Declaration of Human Rights——are essential ingredients.

Thus the international structure in my ideal world would be a universe of small, independent sovereign states in which a limited degree of sovereignty is delegated to a global governance body, namely the right of this body to issue binding directives deemed necessary to ensure long-term sustainability of the planet and the observance of human rights in all member states. All other aspects of sovereignty would remain with the individual sovereign states. In this way, a flowering of diverse cultures respecting local preferences and priorities will be allowed to evolve within a structure that guarantees long-term survival and basic human rights. Such an overall structure is independent of ideology, and is rather dictated by the fundamental premises that we started with: sustainability, human rights, democracy and freedom. In principle, a sovereign country in such a society could be anything from a socialist state to a capitalist state to a religious-based state, anything from a high-tech industrialized state to a low-tech primarily agricultural state, provided only that the ground rules guaranteeing sustainability and human rights are respected.